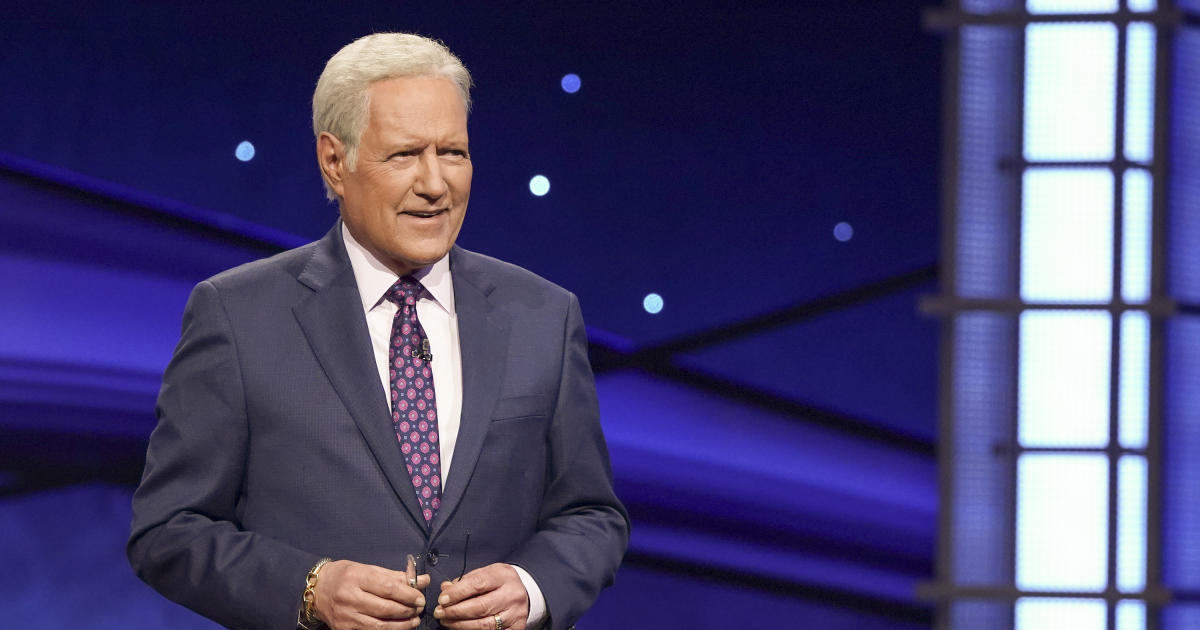 Alex Trebek, the beloved “Jeopardy!” host who was a nightly fixture in millions of American homes for more than 35 years, has died after a battle with pancreatic cancer, the show announced Sunday. He was 80 years old.

“Jeopardy! is saddened to share that Alex Trebek passed away peacefully at home early this morning, surrounded by family and friends,” the show’s account tweeted. “Thank you, Alex.”

Prime Minister Justin Trudeau on Sunday paid tribute to the Canadian native, saying they had “lost an icon.”

“We have lost an icon,” Trudeau tweeted. “Almost every night for more than three decades, Alex Trebek entertained and educated millions around the world, instilling in so many of us a love for trivia. My deepest condolences to his family, friends, and all who are mourning this tremendous loss.”

Trebek was diagnosed with stage 4 pancreatic cancer in 2019. Despite the devastating diagnosis, he never missed a day of work.

Trebek told “CBS Sunday Morning” in May 2019 that “it wouldn’t be right” for him to walk away from the show.

“It wouldn’t be right for me to walk away from this if I can possibly do it,” Trebek said. “And I managed to do it. So, what’s the big deal?”

Alex Trebek on the set of “Jeopardy! The Greatest of All Time.”

Early on in his treatment, Trebek suffered excruciating stomach cramps, on and off camera.

“This got really bad,” he told Jane Pauley. “I was on the floor writhing in pain. It went from a 3 to an 11. And it happened three or four times that day while we were taping. So, that was a little rough on me.”

Pauley asked, “Were you able to excuse yourself and then go scream and writhe in pain privately?”

“No,” he replied. “I taped the show, and then I made it to the dressing room on one occasion, just barely, before I writhed in pain and cried in pain. I had 15 minutes before the next show. So, I got myself together, and spasms of that kind usually last about 10 to 15 minutes. ‘All right, here we go again.’ But I got through it. And the producers were very kind. They said, ‘Look, if you don’t want to do the show we’ll just cancel taping.’ I said, ‘No. We’re here. We’re doing the shows.'”

The show was part of a daily routine for millions of Americans. Trebek was known for his witty and dry responses to contestants, but he also insisted he wasn’t the reason people watched.

“It’s a good show! Yet satisfies our one aspect of humanity that is very very important — and that is our need at a gut level to compete,” Trebek told “Sunday Morning” in 2012.

Born in Ontario on July 22, 1940, Trebek got his start in journalism at the CBC and worked other odd broadcasting jobs. “The only reason I got into broadcasting was, I needed money to pay for my junior and senior years at college, and they hired me, those fools!” he said in 2012. “I did everything — I did newscasts, I did sports, I did dramas.”

And he had roots in competition, first hosting a quiz show while in high school in the 1960s called “Reach for the Top.” In 1973, NBC called about a game show called “The Wizard of Odds,” giving him a chance to make his American TV debut.

“And it happened at exactly the moment when I had made a decision that I was going to try my luck here in the United States,” Trebek told “Sunday Morning.” “And things have worked out rather handsomely.”

He met his wife, Jean, in 1988, and the pair went on to have two children, who are now grown. He told Pauley in 2019 that his cancer diagnosis was “difficult” for his wife, especially as he received the support of fans — many of whom he didn’t realize he had reached over the years.

“For 35 years I’ve enjoyed the success of the show, but I’ve never really thought about the impact the program was having on American viewers. And I’ve become part of their lives,” Trebek said.