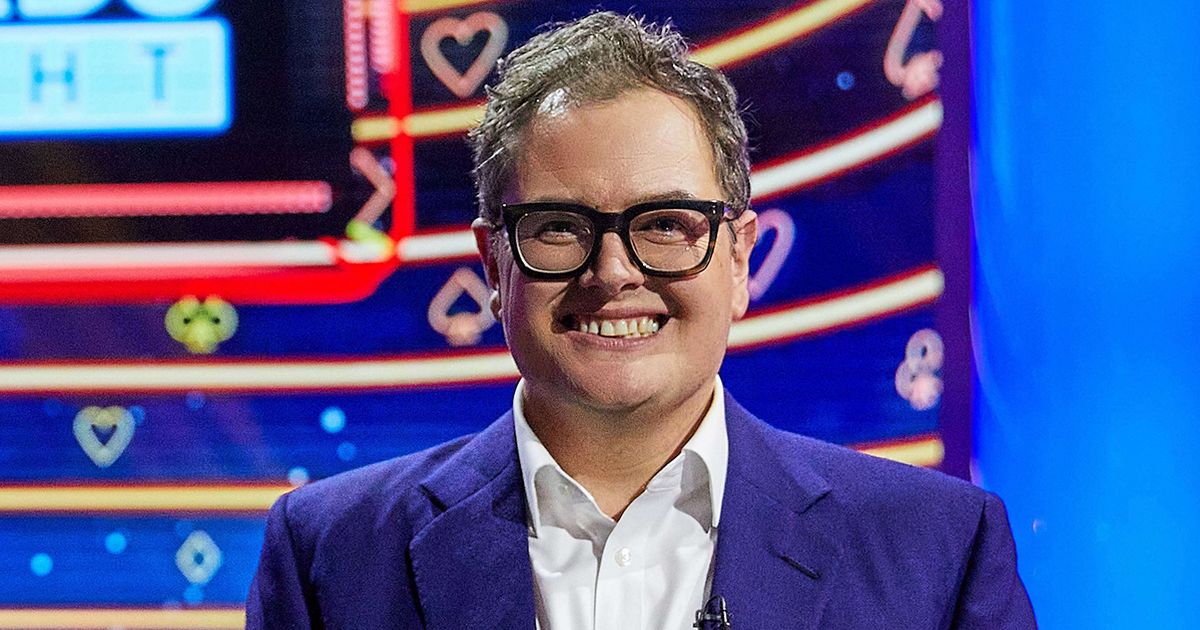 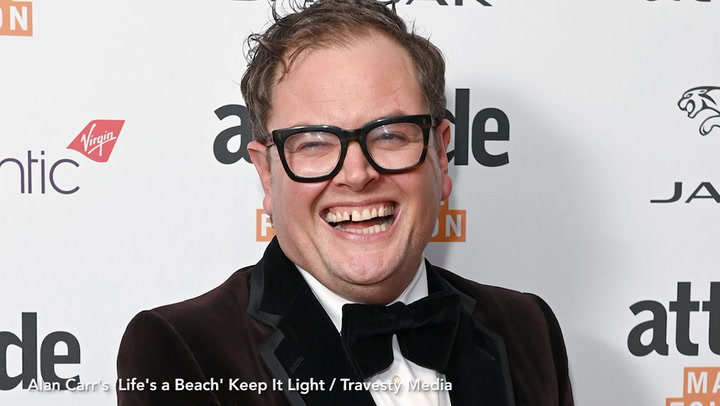 Alan Carr reveals he is secretly related to ITV star

Alan Carr has opened up about his “rubbish” year in a candid new chat following his split from husband Paul Drayton.

The 46-year-old funnyman spoke about his personal challenges in a new chat with presenter Laura Boyd for tonight’s episode of What’s On Scotland.

Alan revealed he began writing a book about his marriage to Paul before their relationship fell apart.

“I wrote it before Covid,” he tells Laura, adding: “We had a week to go and it was all written and done. It was about me getting married and Adele getting ordained especially to marry me and Paul.

Alan Carr has opened up about his split

“But then, during Covid, the relationship fell apart, and I was divorced when we came out the other end. So it’s probably my most personal [tour], but it sort of works and it’s quite raw and I go to places that I don’t normally talk about. It’s like therapy really.”

Alan explained that career-wise it has been “amazing”, but shared that personal life has been “rubbish”.

He continued: “Life’s given me one of those years. Professionally, it has been amazing but personally, it’s been a bit rubbish.”

Alan went on: “I’m a grafter, I love working, I love coming up here [to Scotland]. I know there are some comedians who don’t want to go above Watford, but not to come to Scotland is a no-brainer.”

The pair ended their marriage due to lockdown

“Next year, you’ll probably see a bit less of Alan. I’m going to sort myself out,” he adds.

“I think I’m ready for it and, who knows, I might find love. I might find a nice Scottish man. There was a man wading in the rivers [in Inverness] and I like a man in waders…”

Alan previously touched on his split to Lorraine Kelly during an appearance on her show.

“That’s a long time,” Lorraine remarked while Alan quipped: “Which in gay years, is 207 years!”

He continued: “I wrote the tour, and then our marriage broke down during Covid, because it was so stressful…

“We’re still always going to be friends because we’ve been through so much together.”

BBC's Glastonbury music boss says: 'Love of music is about attitude, not age' »