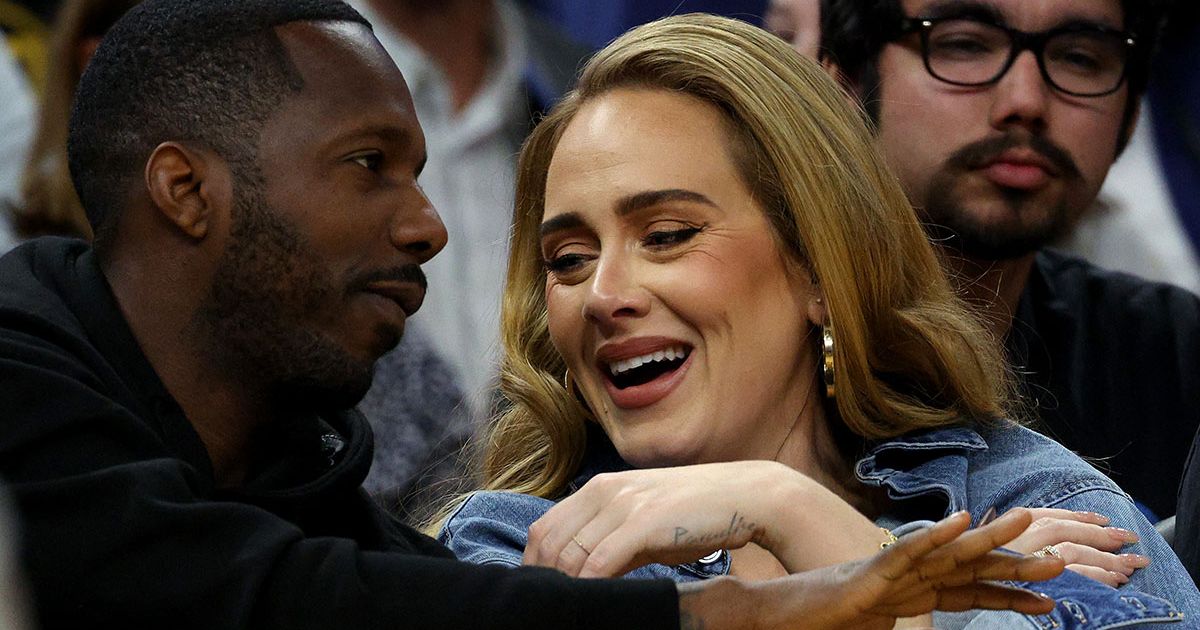 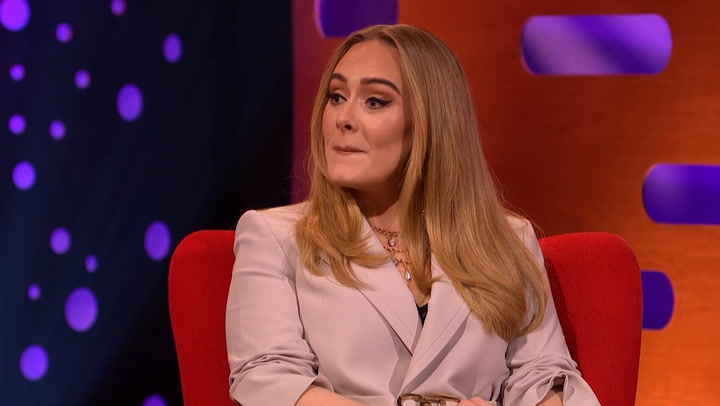 Adele jokes about her engagement ring in February

Adele is “ready to elope” with boyfriend Rich Paul after being together for a year, it has been reported.

The Easy On Me singer has already been spotted wearing a huge diamond ring on her engagement finger, prompting speculation the couple are engaged.

While back in May this year the 34-year-old songstress revealed the pair had moved in together.

Now pals say Adele has her sights set on getting married and starting a family with sports agent Rich – and it’s a case of sooner, rather than later.

Apparently the music legend has said she wants to “elope before the end of summer”, which means it could happen any day now.

Adele and Rich have been dating for just over a year

An insider told Heat magazine the fact they want to tie the knot is no secret amongst Adele and Rich’s family and friends.

“They’re being very open about it and she’s been dropping serious hints about welcoming a little one very soon, too,” the source said.

“They have been picking out baby names, setting up a nursery in their new home – it’s been full steam ahead for the past several months.

“It’s all moving very quickly. Adele’s dreams are coming true and then some.”

The couple revealed they had moved in together in May

The pal said there are rumours Adele – already mum to nine-year-old Angelo, who she shares with ex-husband Simon Konecki – could already be pregnant.

But whatever the couple’s plans for the future, they are “playing it down” and “keeping that side close to their chests” for the time being.

Now Adele has rescheduled her Las Vegas gigs, it’s thought her and Rich might do a J-Lo and Ben Affleck and get married in the Little White Chapel.

Other stars who recently tied the knot in Vegas include Kourtney Kardashian and Travis Barker and Lily Allen and David Harbour.

She says she misses being married

After the release of her latest album, 30, towards the end of last year Adele revealed she “missed being married”.

She told the Mirror: “I’m definitely open to marriage again.

“The feeling I had in being married was the safest feeling I’ve ever had in my life, and sadly it didn’t work out, but I miss being married.”

The star tied the knot with her long term ex-partner Simon when she was 30, but the marriage is thought to have only lasted a year.

Realising she was unhappy, Adele broke it off but says she was “embarrassed” to get divorced.

Adele and Simon Konecki finalised their divorce in 2019

She said: “It just wasn’t right for me any more. I didn’t want to end up like a lot of other people I knew. I wasn’t miserable miserable, but I would have been miserable had I not put myself first. But, yeah, nothing bad happened or anything like that.”

Disappointed they couldn’t make the relationship work for their son Angelo, she added: “I was embarrassed. I was really embarrassed. That thing of not being able to make something work.

“We’ve been trained as women to keep trying, even by the movies we watched when we were little. At the time it broke my heart, but I actually find it so interesting now. How we’re told to suck it up.”

« Mick Jagger, 79, reveals nipples at gig in response to being flashed by topless blonde