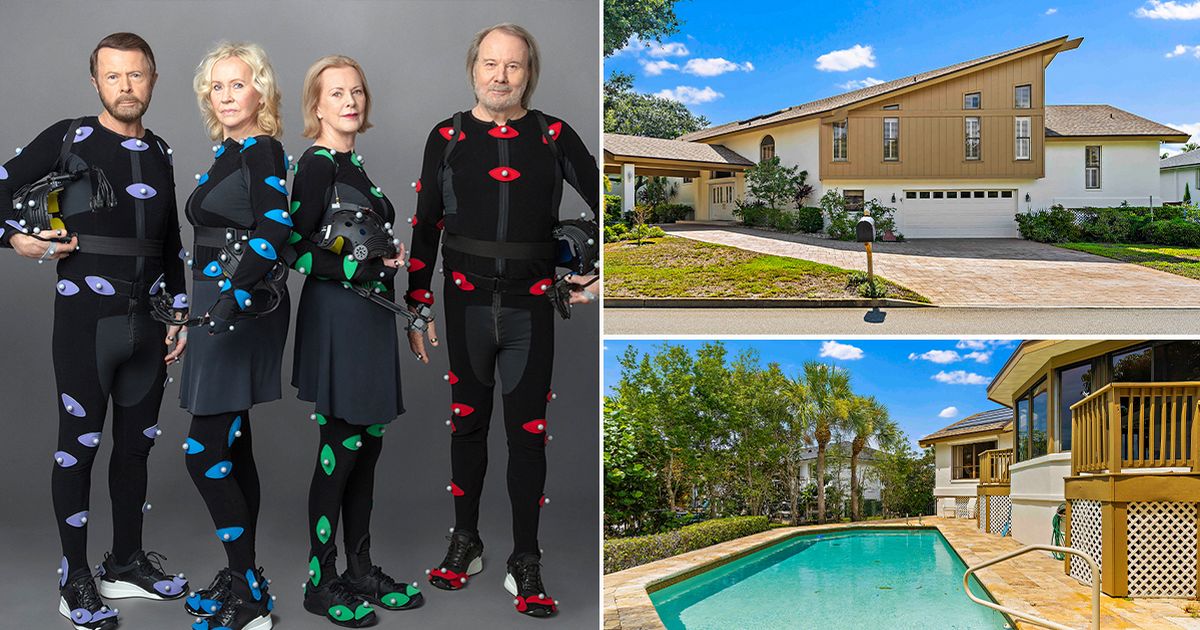 The £3.25 million home rumoured to be at the heart of ABBA’s break-up in the 80s in on the market, with original ABBA recording equipment and tapes – completely untouched – inside the home 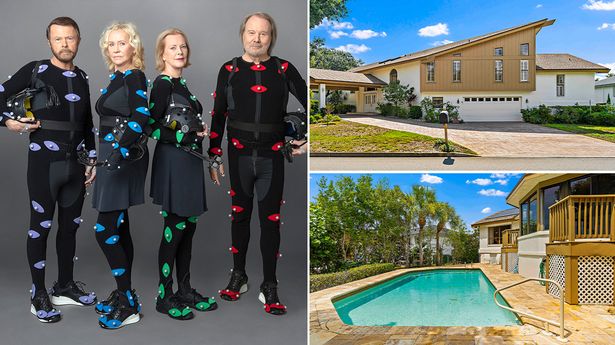 ABBA’S ‘secret’ mansion is finally up for sale – following decades of speculation about the Florida home and just who owns it.

The sprawling £3.25 million home was designed in a Swedish Long House style by the Euro-superstars themselves.

The house was built for in 1982 for the group’s members Agnetha Fältskog, Björn Ulvaeus, Benny Andersson and Anni-Frid Lyngstad.

They lived there for just a few years, as relationship issues led to the break-up of the band the same year the house was built.

Despite the 4,527-square-foot home in Tierra Verde, Florida, US, having been rumoured to be the band’s home for more than four years, it was never actually confirmed.

Fans and internet sleuths have published thousands of theories about the home’s ownership online, with the speculation only increasing following the band’s reunion last year.

Rumours intensified as building work took place when a journalist got hold of the architect who confirmed he had worked with two Swedish couples on the project – although he didn’t realise the two couples were part of a world famous band!

The new owner will be able to enjoy breathtaking views

The inside of the mansion is just as stunning

The house was bought by a couple in 1986 who lived there until they passed away, resulting in this sale.

The pad’s Swedish Longhouse Style features an open living space with a long corridor and two identical wings on either side, with three bedrooms each.

Listing agent Lisa Farmer, with Premier Sotheby’s International Realty, said: “We found the architect and spoke to him on the phone.

“He said he was in a trailer on the site before the home was built with both couples, all four members of the band, face to face, designing the home.

“At the time, he didn’t realise it was ABBA until a few days later when he got a call from a reporter in London who apparently got wind of it.

The sprawling £3.25 million home was designed in a Swedish Long House style by the Euro-superstars themselves

The sale comes after decades of speculation about the house

“He said he met with two Swedish couples and that’s how he found out it was ABBA.

“They specifically requested a Swedish longhouse design, and that’s how it was designed. It’s got a really neat central, common living area that’s big and open with a really nice stone fireplace.

“What’s kind of unique is that the two wings on both sides of the house are exactly identical and symmetrical.

The property would be a dream-buy for any ABBA fan

“From what I understand, they wanted to build two kitchens also, but apparently permitting wouldn’t allow that.

“The space where they were going to do the other smaller kitchen in became a half-bath and laundry room.

“What’s super cool is there were some things left behind in the house from ABBA.

“There’s some stereo equipment that the people that bought it never removed.

The new owner will enjoy their very own pool

The property is steeped in musical history

“They never even used it. It’s in this one area where [ABBA] might have done some recording. There’s an actual ABBA cassette that was left inside the cassette player

“There are so many different options that somebody could do,” Farmer says. “The layout of the home is pretty special and just makes for a great house for somebody who would like to entertain or has a big family.

“The neighbours have talked about how they would see them in the backyard and how they played volleyball in the pool.

“I think it would be pretty cool for somebody to own a property with that kind of past and history.”

Read More: ABBA’S cursed secret £3.25m mansion for sale after years of speculation about the home