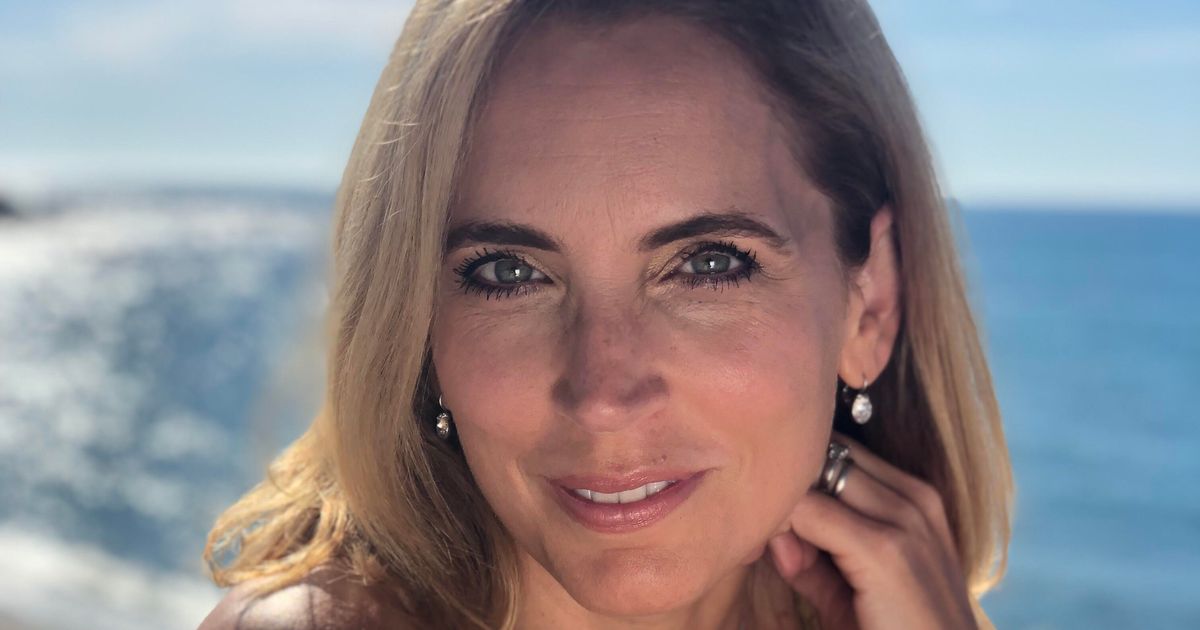 A Place in the Sun presenter Jasmine Harman – who contracted coronavirus, along with her husband and kids – explains why pizza led to having a happy family life 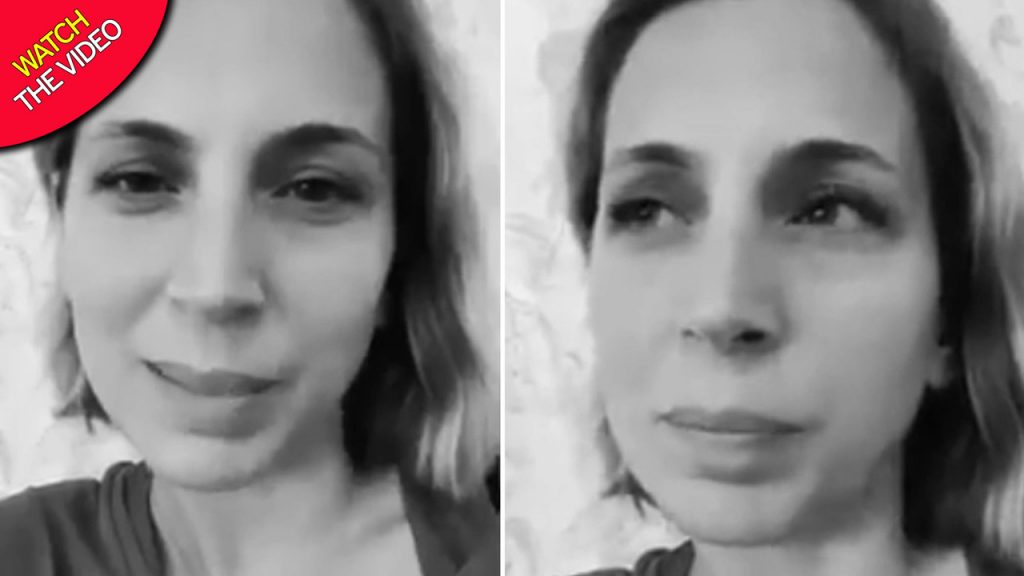 Lockdown could have been a really punchy period for TV presenter Jasmine Harman. Not least because she and her cameraman husband, Jon Boast, have not spent so much time in each other’s company for years, due to the nature of their jobs.

As a host of A Place In The Sun, Jasmine usually spends a lot of the year away.

‘Though we work it out around the school holidays,’ she explains. Oh, and the couple and their two children, Joy, six, and Albion, four, also contracted coronavirus.

‘I actually took the kids out of school before everything closed,’ says Jasmine, 44. ‘It was a really scary time because I was feeling quite poorly. I couldn’t breathe properly.

‘And I didn’t go to the doctors or to hospital because the advice was to stay at home.

‘Not having a sense of taste was annoying, but it wasn’t such a bad thing because I actually lost weight right at the beginning because I couldn’t be bothered to eat anything. Or drink wine. Though that only lasted about a week or two!’ 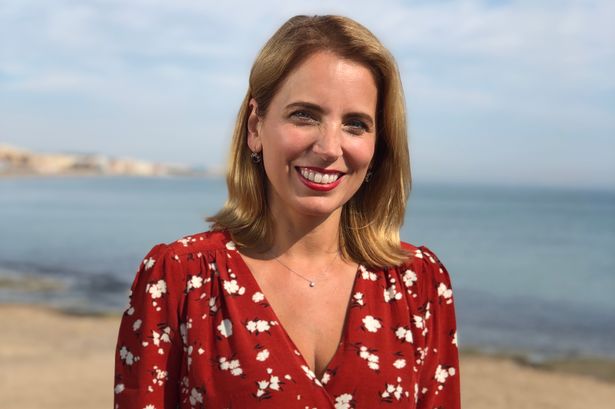 Jasmine is, as you might imagine, delightfully down-to-earth and very good company. And despite getting ill, is pleased to reveal that all in her household in Carlshalton, just outside London, have got on just fine.

‘Sometimes Jon and I don’t see each other for a month at a time because I’ll be away for a week and then I get back and he’s gone. It has been quite nice to be all together as a family. I think the kids have really, really enjoyed having their parents around.

‘Neither of us have worked because our industry has just shut down and there’s not much filming-wise. You can’t do A Place In The Sun from home!’ 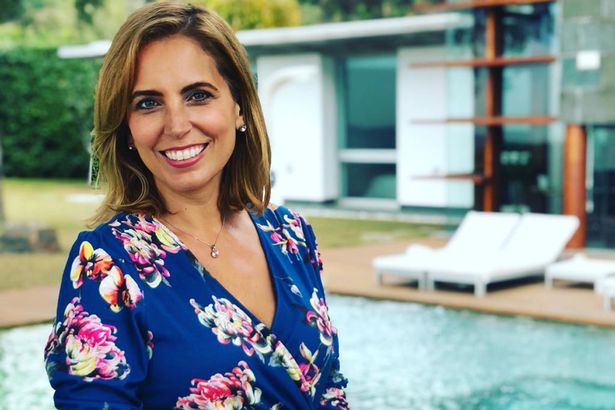 Ah, yes, A Place In The Sun. Even Jasmine can’t believe that this February marked her 16th year on the show which helps people buy properties abroad. A TV career wasn’t even something she set out to do.

Born in London, Jasmine is the eldest of seven siblings. ‘My parents had four children: me, my two brothers and my sister. And then when my parents separated and found new partners, my dad had two more children and my mum had another too. The youngest one has just turned 18. We all get on amazingly and have huge family get-togethers.’

Jasmine actually began her working life as a fitness instructor. She eventually moved to Portugal where she became the marketing manager at a smart hotel’s spa. But after four years, she knew she wanted a change. 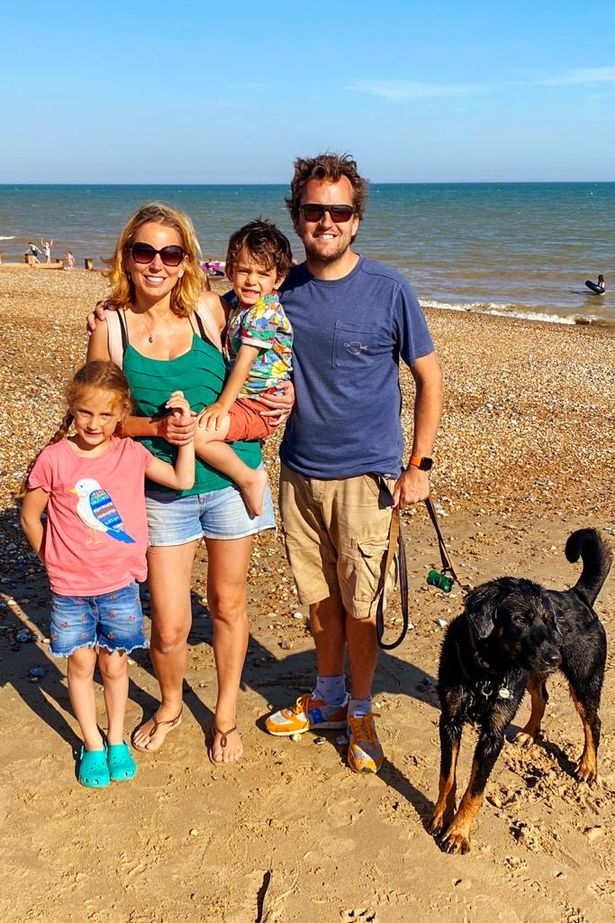 ‘I went out with some girlfriends and realised that I felt like I’d run out of challenges, and I wanted to try something new. It was my 28th birthday. I used to have a crisis every birthday. This one was a big turning point and I decided that I wanted an adventure.

‘I said, “I want to go and do something else.” And they suggested I should go back to London and try to be a TV presenter. We’d drunk a lot of tequila. The next morning, I went into work and handed in my notice.

‘I ended up spending three days a week in my role, and in my downtime I made myself a showreel with a friend who filmed me making an idea for a girls’ holiday show. It was basically me running round the Algarve, getting pampered and chatting up guys in nightclubs.’

That was the reel she sent off to a production company who were advertising for a presenter on a dating show. They also happened to be doing screen tests for A Place In The Sun: Home And Away, and Jasmine got the job alongside Johnny Irwin. It’s something Jasmine feels was meant to be.

‘I don’t think it happens often that somebody sends off one tape and gets a break like that. So I feel very blessed but also, it was weird because I remember at the time, I had visions of myself standing on a beach talking to a camera. I knew it was going to happen and it was meant to be – it was just weird. They do say that your thoughts create your reality.’

And, to add to that karma, Jasmine met her husband of 11 years, Jon, in her first week of filming.

‘He was my cameraman. It wasn’t love at first sight, but a slow burner. We definitely weren’t each other’s types. We basically got thrown together in this amazing experience. It was the first big series that we’d ever done. 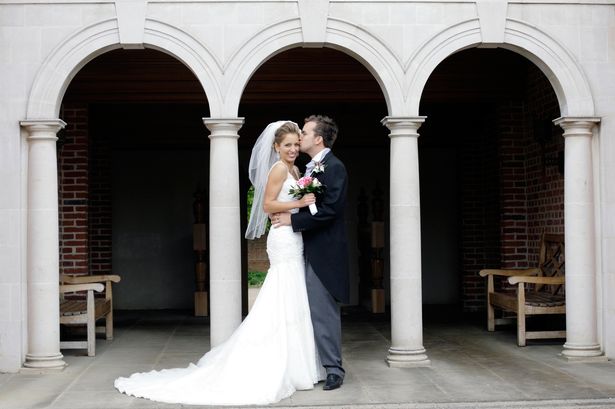 ‘There were five of us on the crew, but the associate producer and director were always writing their scripts and getting filming permissions. So we never saw them.

‘And there were two soundmen – who are now godparents to our children – who were gallivanting around doing their own thing. So Jon and I would go out to dinner together.’

So, when did she realise he might be The One?

‘One week, we were travelling in Spain. It was just the two of us driving. And he said, “I’m really hungry, should we stop off and get some food?” So we came off the motorway to a little town and stopped outside a pizzeria.

‘We walked in and the owner said, “Jon, you’re back.” It turned out he’d lived above the pizzeria. And all over the walls there were photos of people who had visited the restaurant and there were 10 pictures of Jon. I realised how popular he was.

‘We also went out dancing one night that weekend. I like a man who’s not afraid to make a fool of himself on a dancefloor. He was just so much fun and I guess I fell in love.’

But it wasn’t all plain sailing for Jasmine and Jon, especially when it came to having children. Jasmine is very open about the IVF treatment she went through to have their children Joy and Albion.

‘I come from a big family and didn’t imagine it would be a problem for us. It was. I always thought I’d have two boys and two girls. I’m very happy to have my boy and a girl.

‘But I’m also lucky. I’m an advocate of mild IVF – scientific data shows it is at least equally as effective as high doses of IVF for everyone, even people who have really severe problems with eggs or whatever. And it doesn’t take the same toll on your body.’ 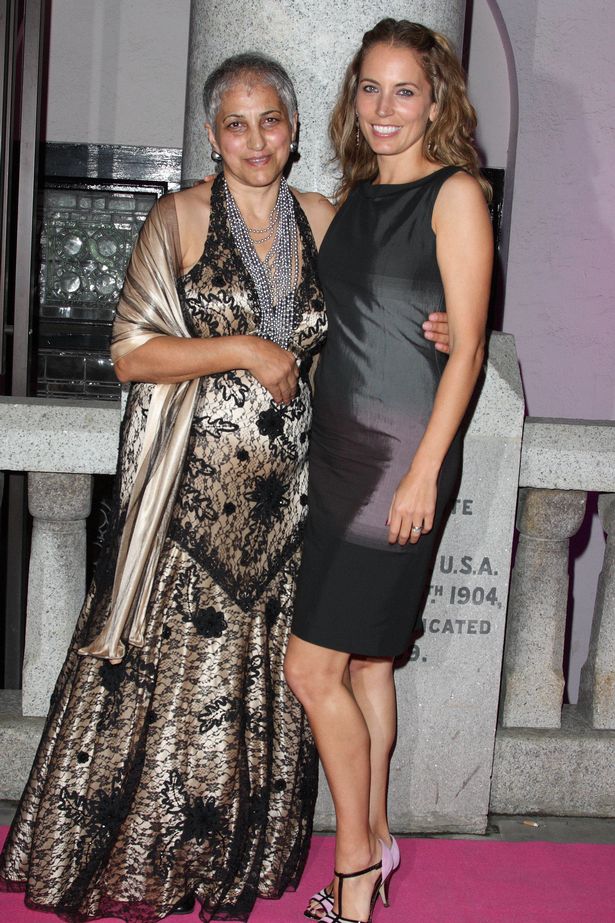 Jasmine is very close to her own mum. Some may remember the BBC documentary she made about her Cypriot-born mum’s hoarding in 2001 – My Hoarding Mum And Me. It’s something Jasmine is now very proud of.

‘My mum won a Mind Media Award. She was the first person in the UK to openly talk about hoarding as a mental disorder. That film was actually the proudest moment of my career.’

And Jasmine is also a dedicated vegan. ‘I’ve always loved animals. My mum says that as a toddler I wouldn’t eat anything that looked like flesh. She tells me a story about her preparing chicken and me having a complete meltdown.

‘Then when I was six years old, I asked her if I could be vegetarian. She said that we could do it tomorrow because she’d made a shepherd’s pie. I cried into it.’

So how did she go from vegetarianism to veganism? ‘It was just after I had Joy. I found it very hard to breastfeed. I managed in the end, but I thought long and hard about how to produce milk.

‘I now find it embarrassing that it never occurred to me until the age of 38 that cows only produce milk after having a baby, and that is the case for all mammals. So I did Veganuary, and I haven’t looked back since.’

Jon, though, is only a recent convert to non-meat eating. And that’s also thanks to his daughter. ‘We were having a pizza and Joy asked her dad if she could have a taste of his.

When Jon said no, because it wasn’t vegetarian, he couldn’t bring himself to tell her what was on his pizza, which was pepperoni. I’d tried to get him to be vegetarian for years – she did it in one question!’

And with that, Jasmine is off and, despite the effect of the Covid crisis on her travelling life, we’re sure that things can only be sunny in her future. 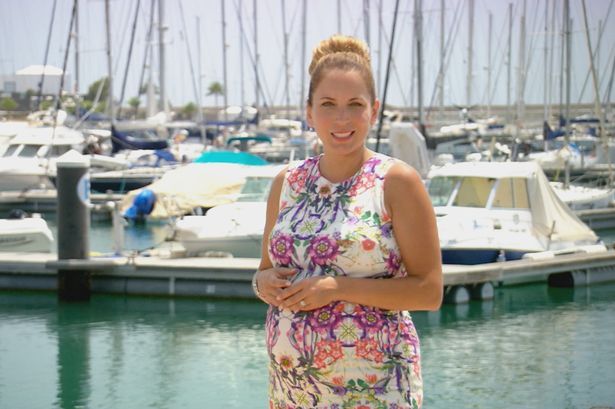 How Jasmine Harman spends her Sunday

Ooh, I’d love to be a lie-in person but with a four-year-old and a six-year-old that’s an impossible dream at the moment.

Definitely go for a walk with our dog Jet. And Jon’s family are down by the coast in Bexhill so we often go there for a stroll on the beach – and maybe some chips. There’s also an amazing place in Kent called the Retreat Animal Sanctuary. You can go around and look at all the rescue animals and it’s got an amazing vegan café.

Either. Jon’s a bit of a feeder, he loves cooking and does a very good vegan roast. But the kids behave pretty well if we do go out. They’ve been travelling with me since they were born so when I’d finished filming, whoever is looking after them often brings them to meet me in a restaurant for lunch. They’re used to it.

Actually, work. Because both Jon and I are self-employed, after the children have gone to bed, we’re usually on our phones and laptops answering emails and things. Really boring!

Read More: A Place in the Sun star embarrassed it took breastfeeding to change her opinion