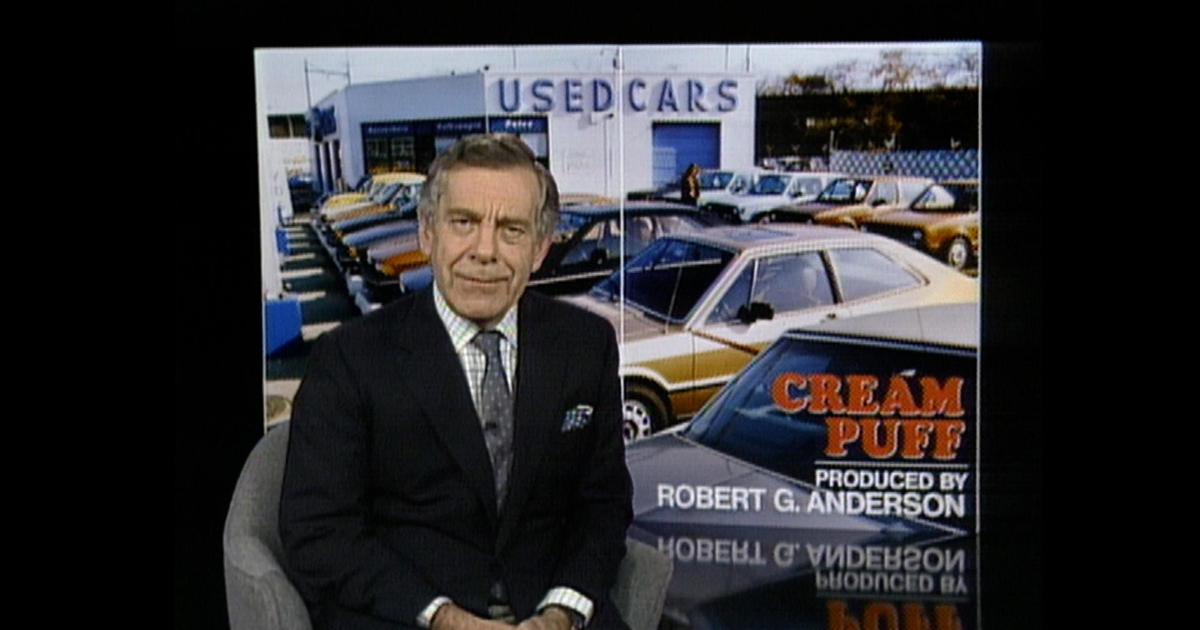 The most prolific producer in 60 Minutes history, Bob Anderson led an incredible career during his 30 years at the broadcast. From covering sexual misconduct in the Catholic Church, reporting on the assassination of Israeli Prime Minister Yitzhak Rabin, uncovering secret transcripts related to the Tiananmen Square uprisings, interviewing presidents and prime ministers, and establishing the gold standard for journalism with all of his investigative pieces, Anderson has seen much in reporting the over 180 pieces he produced during his time at 60 Minutes. As he now heads into retirement, his prolific body of work at 60 Minutes is a record that could very well stand the test of time.

With such a rich and diverse portfolio of work, often featuring correspondents Mike Wallace, Steve Kroft, and in later years Scott Pelley, Anderson had no shortage segments to pick for his “Producer Pavorite.” When he sat down with 60 Minutes Overtime to discuss his favorite story, he chose “Cream Puff,” one of the first pieces he ever helped put on the broadcast.

“Cream Puff” is an investigative report on Houston’s used car wholesalers, who were caught rolling back odometers in order to resell cars at higher prices to unsuspecting buyers. The piece aired December 9, 1990 and was reported by retired 60 Minutes correspondent Steve Kroft.

“A cream puff– it’s an old term for a used car that’s supposed to be really great, really comfortable to sit in…it’s a sweet car. It’s a cream puff,” Anderson told Overtime. “But in fact, a lot of [these cars] had a lot more miles on them and weren’t nearly as ‘creamy’ or as ‘puffy’ as the used car dealer was making them appear.”

In the report, Anderson and Kroft had hidden cameras showing wholesalers rolling back odometers. Vehicles that that had been driven 100,000 miles instantly seemed as if they were driven half of that, in an attempt to defraud potential buyers.

“It looked so staged it was impossible to think that you could be that close to something that was illegal, and not have the guy doing it know that you were shooting it,” Anderson explained. “But he didn’t. And we did.”

A memorable moment in 60 Minutes history also occurred during this piece, when Anderson and Kroft interviewed automobile wholesaler Bill Whitlow. After seeing Whitlow change the mileage on cars, and admit to the illegality of the situation, Kroft asks, “you know what’s back there?

“It’s a TV camera back there.”

That iconic exchange not only made for great television, but sent Whitlow to prison after the report aired.

Retiring 60 Minutes Producer Bob Anderson explained that “Cream Puff” was one of his favorite stories because, “we unearthed evil, and did it in a humorous way.”

Brighter days on the horizon as we approach the winter solstice »