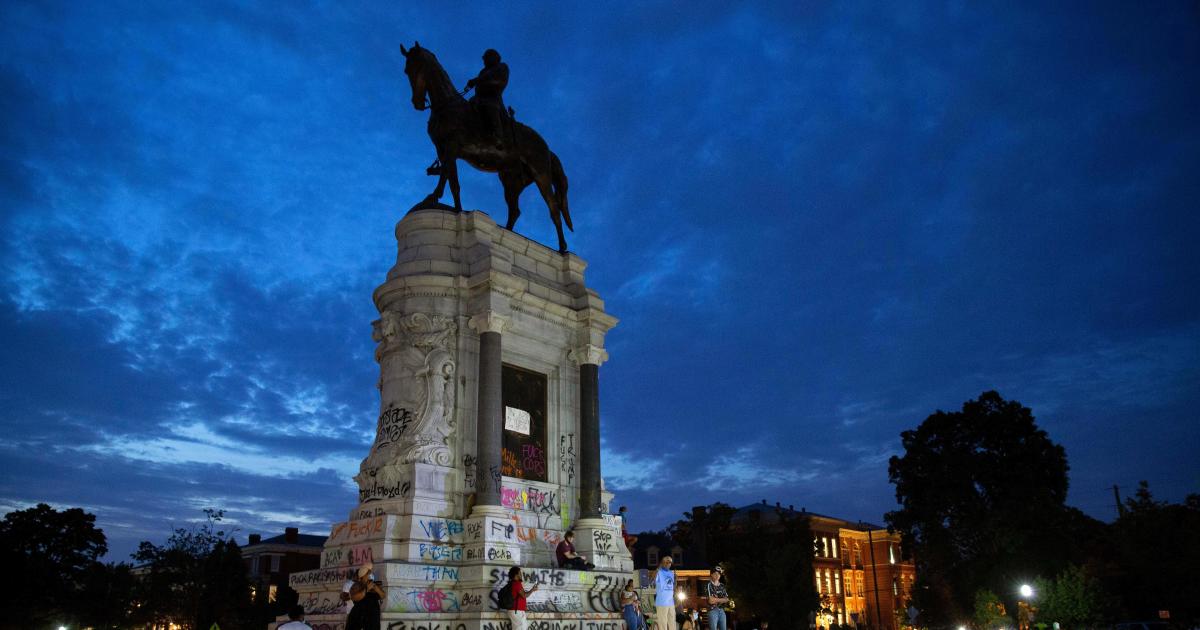 A total of 59 Confederate symbols have been removed, renamed or relocated from public spaces since George Floyd’s death in May, the Southern Poverty Law Center (SPLC) reports. Nearly 1,800 Confederate symbols remain on public land, including 725 monuments.

George Floyd was killed by police in Minneapolis on May 25, and video of the fatal incident sparked nationwide protests against police brutality and racial injustice. As part of the movement, protesters across the country have demanded the removal of Confederate monuments and statues, some toppling Confederate symbols on their own.

People gather around the Robert E. Lee statue on Monument Avenue in Richmond, Virginia, on June 4, 2020 amid protests over the death of George Floyd in police custody.

According to SPLC’s updated “Whose Heritage?” report, a total of 40 Confederate symbols have been removed since Floyd died, including 38 monuments and a Confederate flag emblem on a police uniform in South Dakota. Mississippi Governor Tate Reeves also signed a bill in June that will change the state flag, which featured the Confederate battle emblem.

Five Confederate monuments were relocated and eight schools, one college, two parks or trails, two roads and one body of water were renamed since Floyd’s death, according to the report.

The nation saw similar action following the Charleston church shooting in 2015, in which nine African Americans were killed at the historic Emanuel AME Church.

The shooting “sparked a nationwide movement to remove Confederate monuments, flags and other symbols from the public square, and to rename schools, parks, roads and other public works that pay homage to the Confederacy,” SPLC says.

“We encourage communities across the country to reflect on the true meaning of these symbols and ask the question: Whose heritage do they truly represent?” SPLC writes in its report.