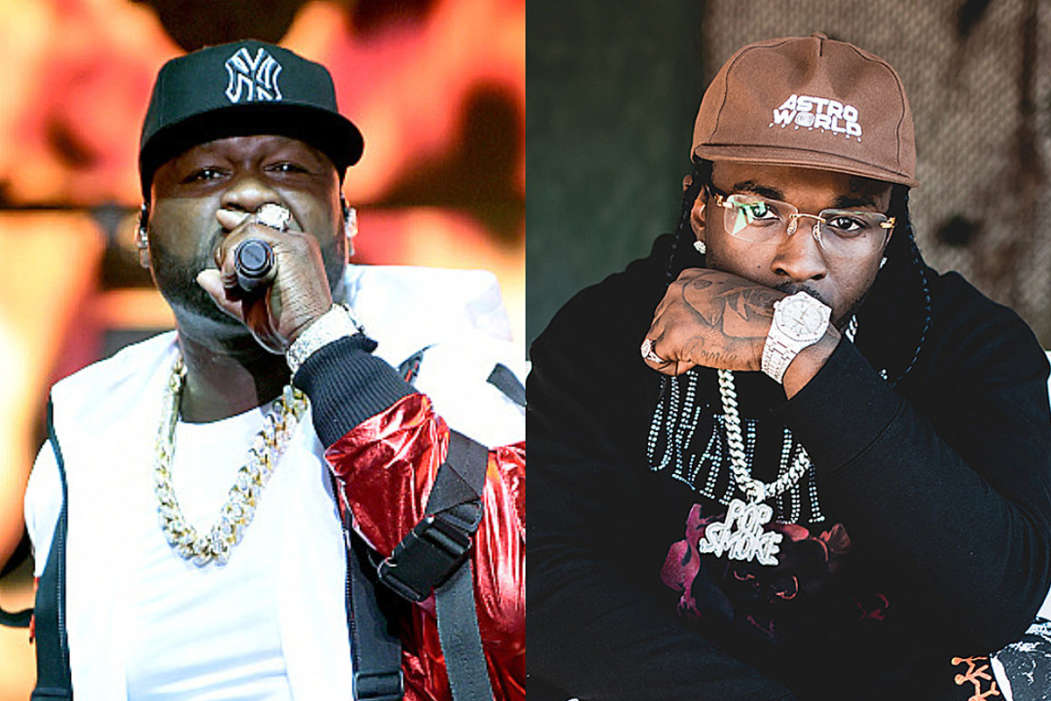 Hot New Hip Hop reported today that 50 Cent recently shared a new preview for his upcoming music video, “The Woo,” in which he collaborated with Pop Smoke and Roddy Rich. The new music video will come out on the deceased rapper’s birthday.

The outlet says the new single is coming out later this week, and the visuals are off-the-wall. 50 Cent revealed today that the project will come out on the 20th of July, Monday. That day would’ve been Pop Smoke’s 21st birthday, making him an official adult in the United States.

According to multiple reports, Shoot For The Stars, Aim For The Moon, hit the number one spot on the Billboard 200 charts. It’s currently holding on to that position, however, Juice WRLD’s new record will likely push it out of the top spot.

50 Cent also explained that a deluxe version of the record would be on its way very soon. As it was previously reported, 50 Cent worked as the executive producer of the record.

Since his death, Pop Smoke has become somewhat of a legend, a fact even Tekashi 6ix9ine recently alluded too. 6ix9ine recently came out to say that he was surprised he hadn’t been killed yet. The rapper made the joke as his release date gets closer and closer.

Tekashi 6ix9ine went on to joke that it wouldn’t be so bad anyway because everyone loves you after you’ve died. The rapper went on to hash-tag the post with “#FakeLove.”

As it was previously reported, Pop Smoke was shot and killed near the beginning of the year after a group of men, reportedly consisting of three adults and two teenage boys, barged into his the rental house he was staying in and killed him.

The police have since reported that it appeared to be a robbery gone wrong. In the weeks after his death, Page Six claims the rapper was fearful for his life. He took to his social media to say one of his shows had been shut down by the police, however, it was later reported that he had actually reached out to the police for help.