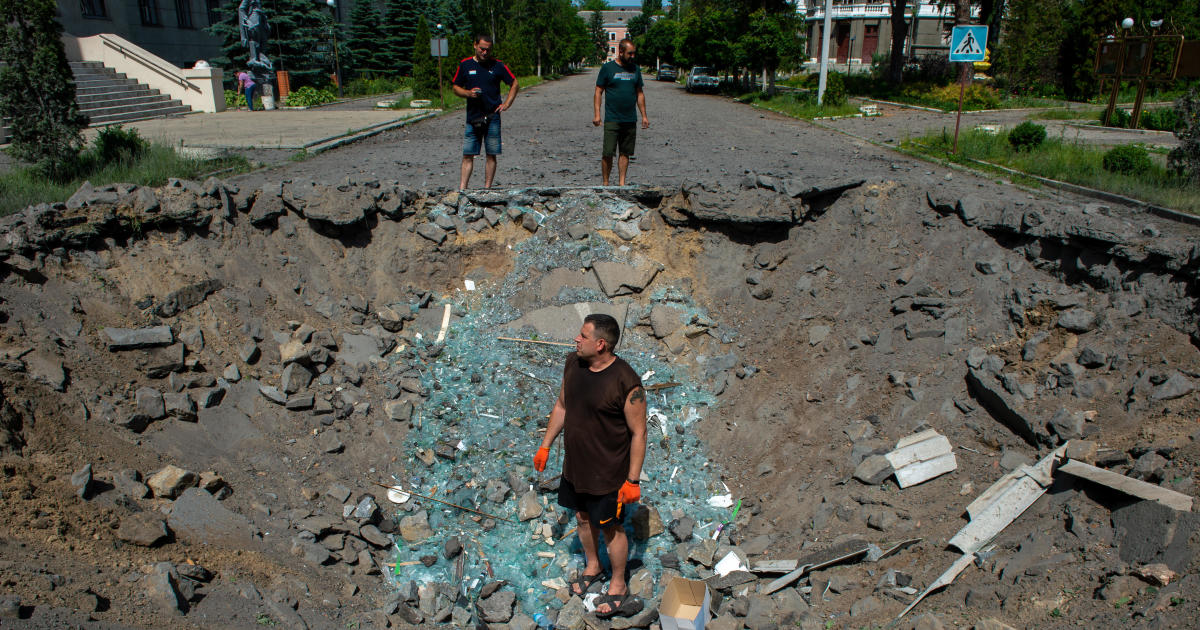 Kharkiv, Ukraine — The U.S. State Department confirmed on Tuesday the death of a second American who went to join Ukraine’s battle against Russia’s invasion. An obituary for Stephen Zabielski, 52, published earlier this month in The Recorder, a local newspaper in Amsterdam, New York, said he was killed in fighting on May 15 in a village in the country’s south. The paper did not report any further detail of the battle that claimed Zabielski’s life.

A spokesperson for the State Department confirmed his death in Ukraine and said staff had been in contact with the family to provide consular assistance, but offered no further information beyond a repeated warning against Americans traveling to the war-torn country for any reason.

At least three other Americans have been killed in Ukraine since Russia launched its invasion on February 24. U.S. Marine veteran Willy Joseph Cancel, 22, was killed fighting alongside Ukrainian forces in late April. James Hill was killed by Russian shelling in the city of Chernihiv, and filmmaker Brent Renaud was killed when Russian troops opened fire on him and colleagues in the town of Irpin, just outside Kyiv. Both of the American civilians were killed in March.

And as CBS News correspondent Chris Livesay reports from the key eastern city of Kharkiv, that war is not only still raging, but intensifying across Ukraine’s eastern Donbas region.

Livesay said there has been a significant increase in Russian rocket and missile attacks over the last day or so across the country’s south and east.

Ukrainian officials say it’s hardly random, noting that the European Union is expected to decide this week whether Ukraine can join the bloc.

Moscow has made it clear that the EU welcoming Ukraine would be viewed as a provocation, and it has accused European powers of “manipulating” Kyiv by even offering membership. But President Volodomyr Zeleknskyy says his country’s fierce resistance to Russia’s invasion has left no one in doubt “that Ukraine deserves candidacy.”

“We are proving daily that we are already a part of the European Union,” he said.

Vladimir Putin’s press secretary has said, meanwhile, that Russia will not rule out the death penalty for two U.S. citizens captured on the battlefield.

In an interview aired on Monday night, Kremlin spokesman Dmitry Peskov said Alexander Drueke and Andy Tai Ngoc Huynh, who both flew from Alabama to join the fight in Ukraine, would not be protected by the Geneva Convention, an international treaty that aims to protects prisoners of war from inhuman treatment.

The men went missing as they fought alongside Ukrainian forces in the Kharkiv area, which is one of hottest front lines in the war right now.

« Biden signs off on hefty pay raise for federal firefighters