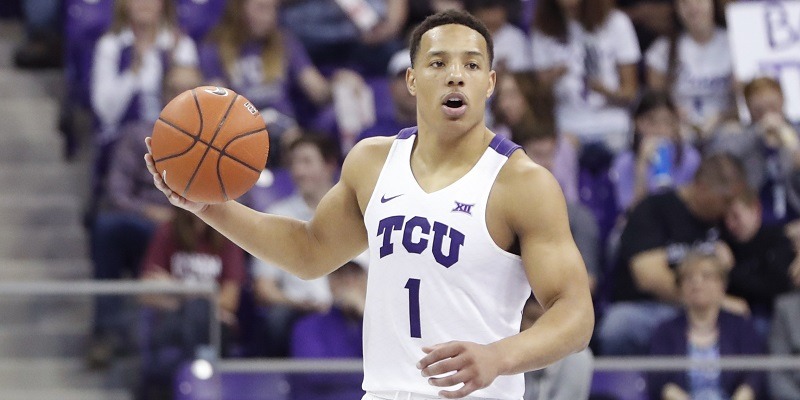 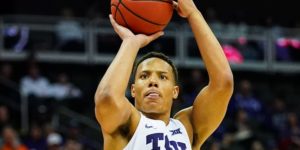 Bane is hoping he has shot himself into the draft after career totals of 1,784 points (third in school history) and 249 3-pointers (first) at TCU.

He definitely was a productive scorer and a strong defender while averaging 36 minutes per game as a senior for the Horned Frogs. He averaged 16.6 points, 6.4 rebounds and 3.9 assists and was the only Big 12 player to rank in the top 10 in all three categories.

Bane shot 43.3 percent from behind the 3-point line and figures to be a successful long-range shooter in the NBA.

The 6-foot-6 Bane is an off-guard who isn’t a proficient enough ball-handler to help out at the point. That places him in a mix of players who are primarily shooting guards.

The 22-year-old displayed strong durability at TCU by playing in 141 games. Bane started all but one game over his final three seasons. Bane is a strong defender who plays with a high motor. He doesn’t take a play off on that end of the floor.

Being able to contribute as a 3-point shooter and a defender makes it likely Bane will be selected.

It is hard to see him being picked in the first half of the second round but he would be a solid late-round pick. If he goes undrafted, he would have several suitors. The problem for Bane is that his ball-handling skills need to improve and so does his ability to thrive as a passer. He hasn’t always been a good decision-maker in terms of passing the ball.

So he will be pigeon-holed into a shooting guard role and his prowess as a shooter and strong defensive skills will be what keeps him in the league. Overall, Bane will certainly be on an NBA roster next season. Even if it is just to play limited minutes.

Zlatan Ibrahimovic Shines With a Brace in AC Milan’s Win Over Inter Milan, 2-1 »