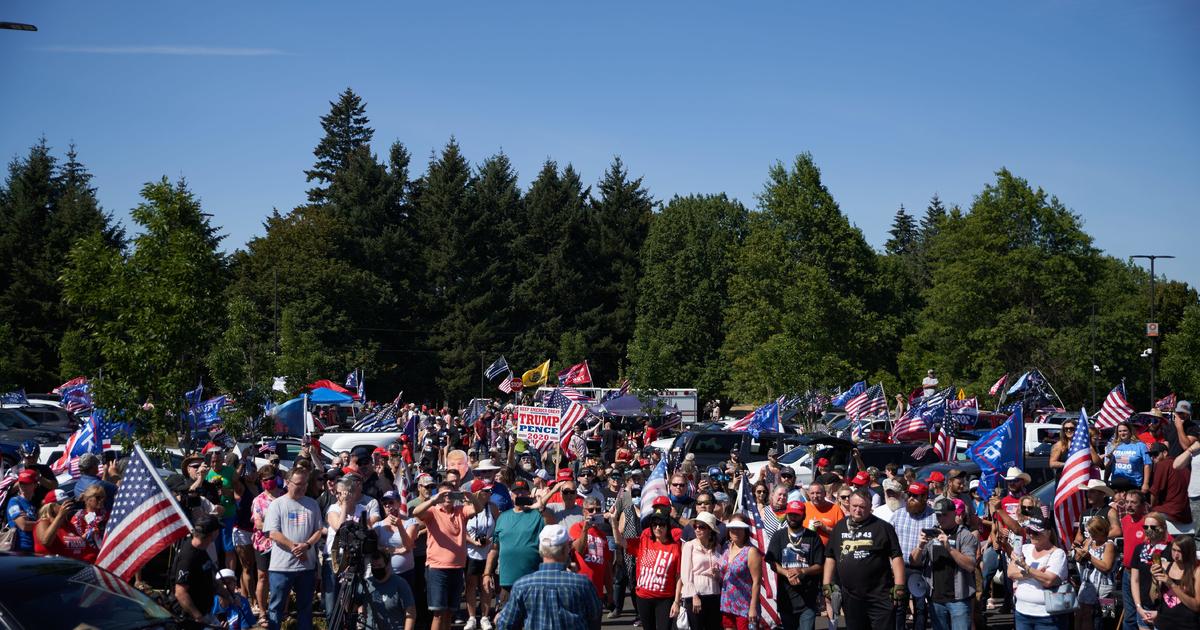 Two pro-Trump cruise rallies are underway Monday in Portland, Oregon, as protests continued for the 102nd consecutive day. Organizers of both rallies told CBS Portland affiliate KOIN-TV that they would be paying tribute to Aaron Danielson, the Patriot Prayer supporter who was shot to death on August 29 amid dueling rallies in the city.

Hundreds of people attended the pro-Trump rally at Clackamas Community College in Oregon City, according to KOIN. Attendee Keith Diffenderffer told KOIN: “We have to stand up for America because we are in control of it. If we take control of it and if we don’t, we have to accept what other people want.”

Bobby Spicher of Gresham, who said he was raised in a union household, was selling Trump buttons. He told KOIN he was glad to hear government officials uniting to denounce violence.

“We are going to try our best to filter and keep everybody safe,” Spicher said. “The future rallies are the Silent Majority’s best friend.”

President Trump on Monday tweeted there was a “very bad night” in Portland, where 15 people arrested on Sunday night after a fire was lit outside a precinct, police said. Dozens were arrested Friday and Saturday nights and a riot was declared Saturday night.

The city has been rocked by protests since George Floyd’s death in May. Under orders from the Trump administration, federal agents deployed to Portland in July to quell violence. After weeks of violent clashes that included tear gas being deployed on protesters and dozens of arrests, the federal agents began withdrawing at the end of July.

Protests continued throughout August. On August 29, police said a caravan of Mr. Trump supporters left downtown Portland around 8:30 p.m. after a “Trump 2020 Cruise Rally.” KOIN reported two men were seen yelling at each other during an altercation around that time. Officers said they heard gunshots at about 8:46 p.m., according to a statement.

Officers said they arrived at the shooting scene “within a minute,” but the man who was shot did not survive.

The suspected gunman, Michael Forest Reinoehl, was shot and killed on September 4 as a federal task force attempted to apprehend him in the area of Olympia, Washington.