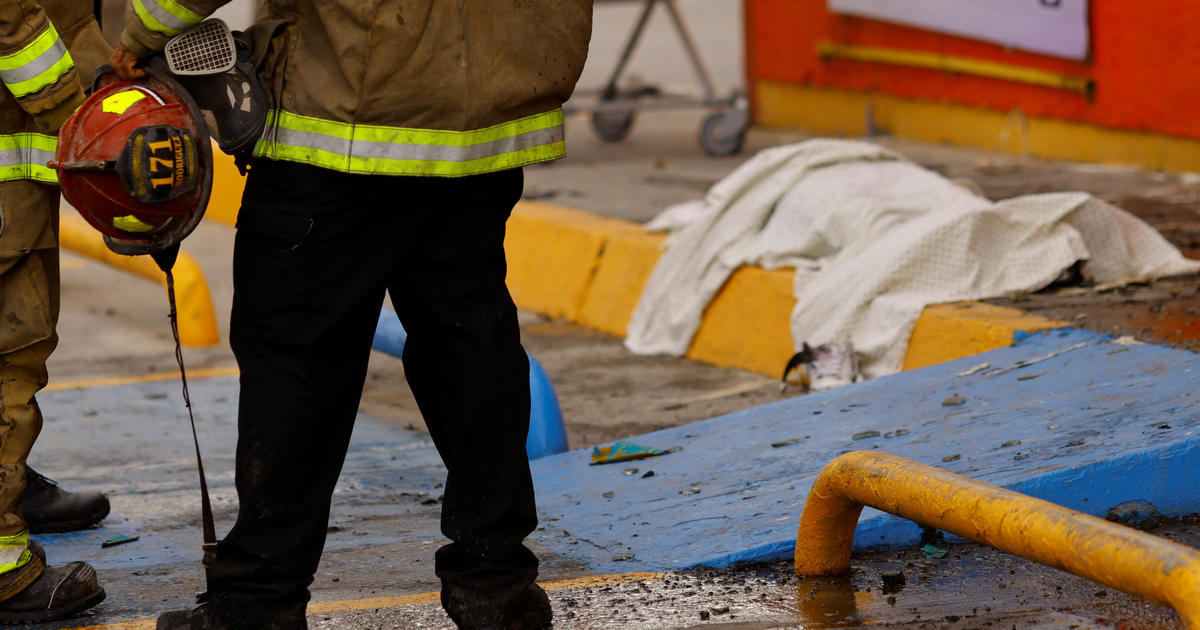 11 killed as violence flares in Mexican border city of Juarez

Ciudad Juarez, Mexico — A wave of violence in a Mexican city on the border with the United States left 11 people dead, including a radio presenter, and businesses torched, authorities said Friday.

Local media said both groups were linked to the Sinaloa cartel, whose former leader, Joaquin “El Chapo” Guzman, is currently serving a life sentence in the United States.

Firefighters stand near the body of a woman who died in a fire at a convenience store that was burned by unknown attackers, in a series of attacks in different parts of the city, according to local media, in Ciudad Juarez, Mexico, August 11, 2022.

Later on, “innocent civilians were attacked as a kind of retaliation” by one of the gangs, President Andres Manuel Lopez Obrador said.

Two women were killed and another person was hurt in an attack on a food store, which was set on fire along with two other premises in Juarez, which sits just across the border from El Paso, Texas.

Gunmen also killed four radio station employees, including a presenter, as they were taking part in a promotional event outside a pizzeria.

Officials said the case was being investigated under an official mechanism for the protection of journalists.

At least 13 other media workers have been murdered in Mexico so far this year, one of the deadliest years yet for Mexico’s press, according to rights groups.

Six alleged gang members were arrested in connection with Thursday’s violence in Juarez, in Chihuahua state, Mejia said, without giving details about the three other people killed.

Chihuahua Governor Maru Campos said that state and federal authorities had been deployed to restore order in the city of 1.5 million.

Several parts of Juarez were deserted after the bloodshed, with some universities canceling classes on Friday and the local business chamber calling on the government to do more to combat organized crime.

The killings came just two days after cartel-related violence flared in the eastern and central states of Jalisco and Guanajuato, leaving one suspected criminal dead, 16 arrested and 25 businesses and several vehicles burned.

« Pokemon Go Users Reveal The Creatures They Dislike The Most

The attack on Salman Rushdie, and on free speech »