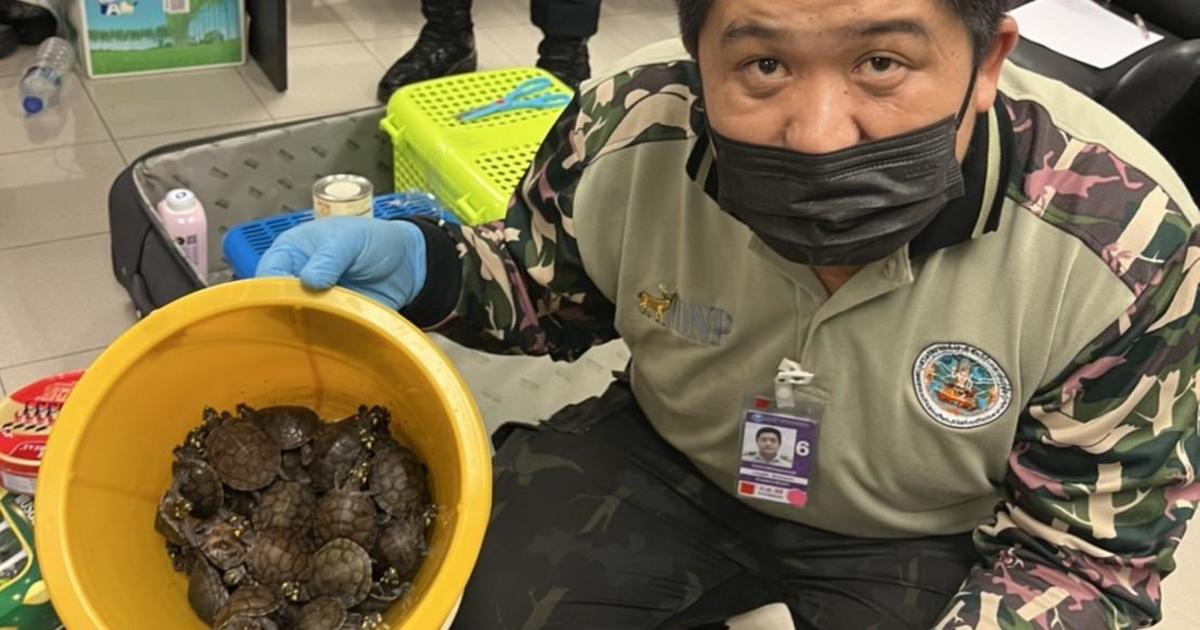 Two women were arrested in Thailand after they were caught with 109 live animals in their luggage at Bangkok’s Suvarnabhumi Airport, the Department of National Parks said in a press release.

The airport’s X-ray machines found two suspicious objects in their bags and authorities found two white porcupines, two armadillos, 35 turtles, 50 chameleons and 20 snakes, according to the news release. The women, who were traveling to Chennai Airport in India, were arrested.

The two women were identified as Nithya Raja, 38, and Zakia Sulthana Ebrahim, 24, according to the Bangkok Post. They were charged with violating Thailand’s Wildlife Conservation and Protection Act of 2019, the Animal Disease Act of 2015 and the Customs Act of 2017.

An X-ray of the luggage shows the items that were investigated – and turned out to be live animals.

Wildlife trafficking around the world hurts animal populations and is a multi-billion dollar effort effort that fuels criminal networks, according to the Wildlife Trafficking Alliance. The U.S. embassy has several agencies working to help Thailand and other countries in the region fight wildlife trafficking and has several efforts to deter wildlife crime, protect endangered species from extinction and reduce the demand for illegal wildlife products, United States Agency for International Development said last year.

“Wildlife trafficking threatens security, hinders economic development, and undermines the rule of law,” the United States Department of Justice says. “The illicit trade in wildlife is decimating many species worldwide and threatens iconic species such as rhinoceroses, elephants, and tigers with extinction.”